Zhang Yang (also known as Yang Zhang 张旸) is a Los Angles based film composer/EDM music producer, music publisher and entrepreneurial entertainment executive. She pursues her multi-faced career without hesitation, identifying herself as an modern executive with unconventional vision, a creative pioneer and a global urban resident by lifestyle.

Prior to Los Angles, Zhang Yang began her education and early career in China, primarily in Shanghai and Beijing. Not surprisingly, she was a classically-trained composer and musician from the age of 5, where she learned piano and later began composing for acoustic instruments at the age of 12. After completing her BA degree in composition from the elite “Shanghai Conservatory Of Music” in 2001, she continued to pursue her MA degree in the prestigious “The Central Conservatory Of Music” from 2001 to 2004.

She built her first music credits as an academic music pioneer, forming her early-stage music style by exploring the modern world through constructing a multi-layered landscape with various musical elements. Many of her compositions were performed at contemporary music festivals and broadcast in France, Italy, Belgium and Holland.

In 1999 she was selected as the representative of Chinese female composers to attend “The 4th International Women’s Music Festival” in Italy. Looking back at these early stages in her career, she noted “the major benefit from classical music training, especially in the contemporary music fields, is that you always challenge any standard in the formats of these genres.”

It was by chance that she heard the album ”Closer” by one the leaders of the Minimal Techno/ House genre – Richie Hawtin. Immediately she was fascinated by the intense spirit of post-industrial – the essence of rebellion, innovation and liberty – and an even deeper sensitivity that still need to be discovered. Those 90’s and early 2000’s electronic music heavy hitters such as Talvin Singh, Lamb, Massive Attack and Björk (to name just a few) sparked her to create her own voice in the electronica field.

Like those fellow electronic music/EDM artists, she threw herself into every aspect of music production, from structured programming, arrangement, production, recording and remixing. With the ever-growing production experience in electronic music and multiple-genres she longed for, her cutting-edge music style and high sound quality began to help her to gain more credits in film, documentaries, advertising, song arranging and album producing. Her most notable documentary music compositions are “Songqingling”(six-episode CCTV documentary) and “Share The Blue Sky” (20 episodes BTV documentary). The latter documentary film won several Golden Globe Awards in 2005. Her commercial music received much acclaim by advertising clients such as Nokia, Motorola, China Fashion Week, CCTV, etc. Since 2003, her productions have explored a variety of genres, from new classical to ambient, abstract lounge, acoustic orchestra to multi-faceted combinations of electronic, EDM, IDM, dubstep, broken beat and minimal techno/house.

In 2008, Yang started her own project titled “Asian Future Sound”, intending to create her own all-in-one electronic music brand. In the first of a serious of albums, she described a new landscape of cinematic and futuristic atmosphere by blending poetry and subtle dance beats with eastern ambience, featuring an innovative way to merge groovy electronic programing with folk acoustic instruments, vocal recordings and creative mixing. In 2009, one of her featured tracks titled “The Road To Wutumeiren” was selected by the CD compilation “Opposite House Vol 1”, published by China Universal Records. Her high-end creative production helped her to win widespread acclaim, including UK-based producer Guy Sigsworth (half of “Frou Frou”, producer for Madonna, Björk, Britney Spears, etc.) and New York-based music publisher Ed Steinberg, best known as music director for Madonna’s first music video “everybody”.

Consequently, in 2010, Zhang Yang officially signed an artist manager contract with Ed Steinberg and his New York based music publishing company titled Rocka Media, being one of a few Chinese new-generation composers/music producers who was accepted. She led to her relocating to Los Angles by the end of 2010.

A dynamic industry landscape soon captured her career interests after moving to Los Angeles. In 2011, during her contractual period with her talent management company, she scored an American indie feature titled “Love Magic” and a documentary about the 80’s Spring Break phenomenon in Daytona Beach. Additionally, she officially became a member of the Academy Television Arts & Science (Emmy) music peer group.

During 2013 to 2015, she provided numerous custom cues/tracks for numerous Hollywood- based music publishing companies, including but not limited to Megatrax Production Music, Music Box (a division of Ole Music Publishing), Fine Tune Music, etc.

Within the ever-changing emerging technology ecosystem of California she found it thrilling to to be at the cusp of globalized digital transformation. She was fortunate to work for music mogul Kerry Gordy, the founder and CEO of legendary Motown Records, responsible for utilizing and merging her existing relationship and understanding of the Chinese media landscape to maximize the value of intellectual properties for the catalogs (music, TV, movie, etc) Mr. Gordy owned. In 2013, she successfully lead and executed the marketing development for Kerry Gordy’s TV series titled “The Jadagrace Show” in China, as well as increasing the exposure for the content and talent resources on the China-based TV interview show “Hello  Hollywood”, a Mandarin-speaking weekly TV program boasting over 45 television stations, reaching over 600 million viewers.

By the end of 2013, she entered into film financing field, utilizing pre-sell and foreign territory sales as the recoupment. In 2014 and 2015, she secured a couple of slate film financing deals with a number of prestigious film producers and credible industry leaders – Hilary Saltzman (daughter of James Bond 007 film producer Harry Saltzman) and Adrian Ward, a film financing banker with over 25 years of industry experiences, among other former major studio executives. 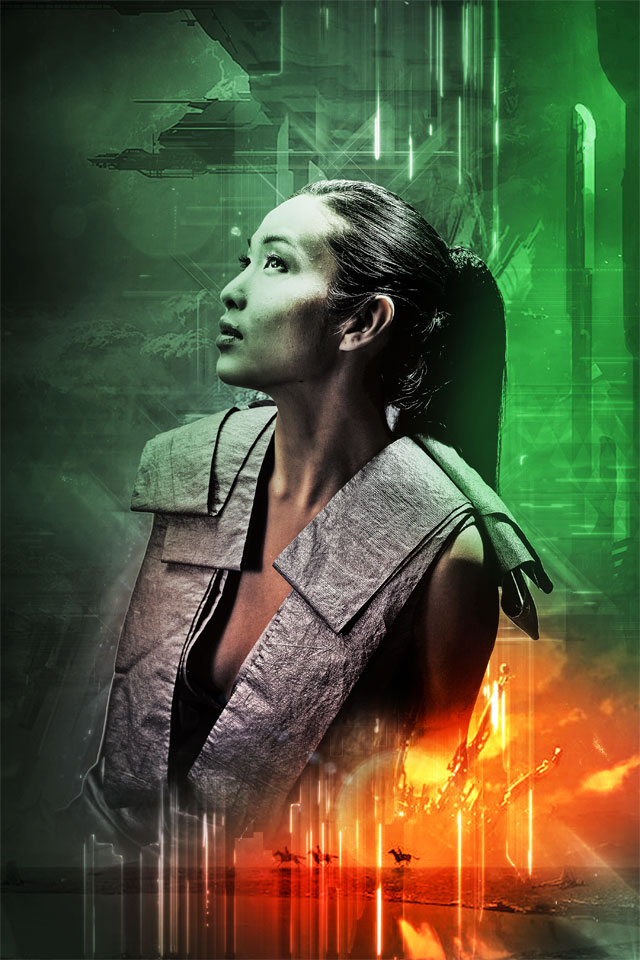